In recognition of our history and our valued customers, ABCO proudly presents Celebrating 70. 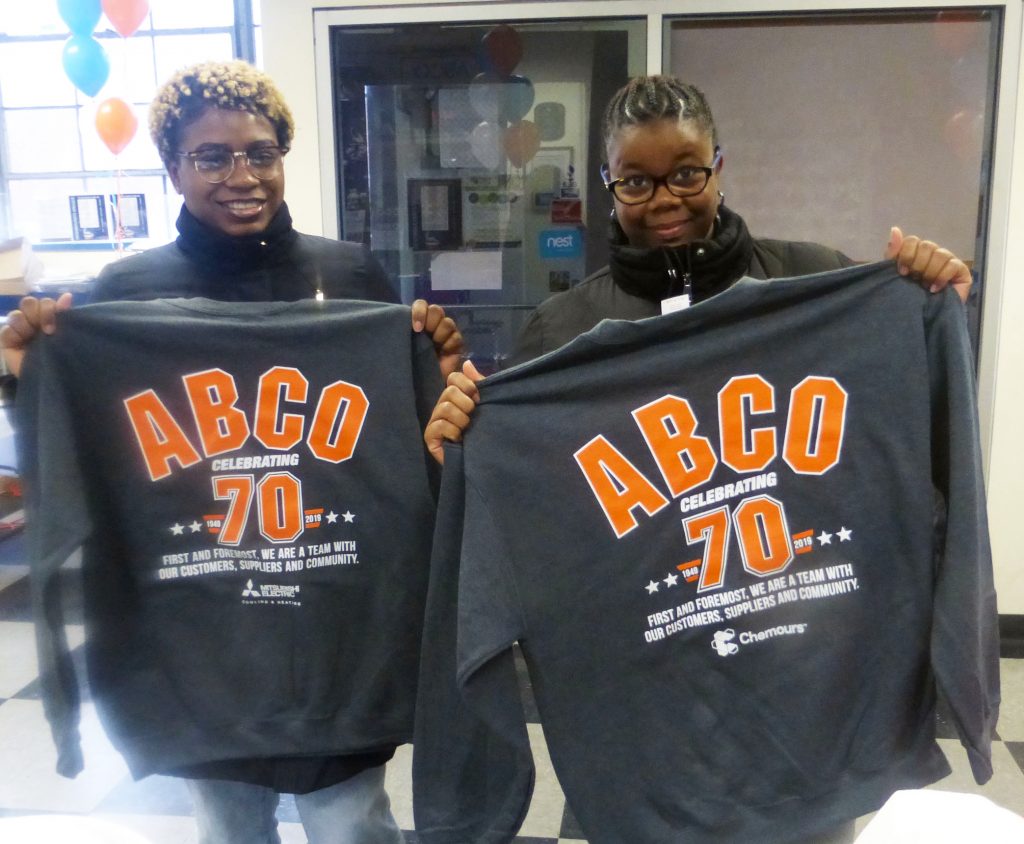 Thursday, December 13, 2018, began ABCO’s 70th anniversary commemorating the founding of the company in 1949. At our annual ABCO Holiday Parties at our 17 branches, ABCO’s family of employees, contractors, manufacturers’ reps, and dealers each received a cozy Team ABCO commemorative athletic shirt. The “Celebrating 70” emblem represents recognition of ABCO’s first seventy years in business. From our humble start out of a car trunk in 1949 ABCO, we are proud that we remain true to founder Jules Gottlieb’s guiding principles of serving, teaching and doing more to help customers profit and succeed.

The ABCO team in Boston converts the warehouse into an exciting exhibit hall with classrooms. Over 300 area high school and trade students learn about HVACR career opportunities and network with owners and manufacturers.